An Introduction to Issue #6

Mezosfera’s 6th thematic issue titled Parallel Nonsynchronism: Times and Places in Cold War Eastern Europe is a textual and translational compliment to the exhibition 1971 – Parallel Nonsychronism, a collaboration between the Kiscell Museum – Municipal Gallery and tranzit.hu. The issue comprises, on the one hand, the English translation of a selection of texts written by Hungarian authors, which will also be published in the catalogue of the exhibition in Spring 2019. On the other hand, the thematic Mezosfera issue takes a step beyond the focus of Hungary in the exhibition, and brings into the discussion the art of other Eastern European Warsaw Pact countries during the Cold War.

The starting points of the exhibition 1971 – Parallel Nonsychronism are two contemporaneous bodies of artworks, which demonstrate the parallel tendencies of art in state socialist Hungary, during the so-called Kádár era (1957–1989). It examines the complex relationships of two defining generations of artists, without giving aesthetic or historical judgment. The exhibition endeavors to reveal and present artworks and the contexts in which they were produced: different and simultaneously existing concepts of art, opposing positions, disputes, and ultimately the complex relationship between state power and art.

Authors from countries of the former Eastern Bloc were invited to contribute a text from their local, cultural context, focusing on the period between 1968 and 1973, which in Hungary, and also in other countries in the region, was a time of political thaw and economic reforms, which also brought a more open attitude towards the world. At the same time, this period is marked by the Soviet Union’s suppression of the Prague Spring in 1968, with military support from the allies of other Warsaw Pact countries. By 1972, under state secretary Leonid Brezhnev, a conservative backlash in Soviet politics led to the closure of reform attempts, which also curbed the relative freedom in cultural life.

Investigating art created under state state socialism, underwent a change in approach in the last 30 years. After the regime changes in Central and Eastern Europe (1989-91), in Hungary, as in other countries of the region, the inclusion of the prohibited or tolerated/not-supported, so-called Neo-Avant-garde artists generation into the art historical canon started. In the first decade, the interest was mostly in the presentation to resisting,dissident artists, as an ethical remedy. The so called Kádár-era (1956-89) of state socialist Hungary, as a complex historical period, comprising the interconnected “official” and  “underground” cultural scenes, got into the center of investigation only in the last 15 years. The political consolidation after Stalinist-type dictatorship in Hungary, which led to the 1956 revolution, resulted in a compromise with the actors of the cultural field, as culture remained an important terrain of state representation on the one hand, and on the other, it became a field for living out freedom under controlled circumstances. This “doublespeak” defined the position of the intellectual formations of artists and social scientists/cultural workers, standing on either side, as the recently published book by a Hungarian research group led by the Kassák Museum in Budapest states ( Art in Hungary 1956–1980. Doublespeak and Beyond, ed. Edit Sasvári, Hedvig Turai, Sándor Hornyik, London: Thames and Hudson, 2018).

In the early 2000s, forming relations to cultural and built heritage of the past, including Socialist Realism, was taken up by artists. The artist duo Little Warsaw transported a public monument of peasant hero Szántó Kovács by sculptor József Somogyi from the 1960s to an exhibition at the Stedelijk Museum in Amsterdam, organized on the occasion of the new member states joing un the EU, including Hungary. Tamás Kaszás﻿—who was the cooperating artist of the exhibition 1971 – Parallel Nonsychronism, and created an interpretative frame for the socialist modernist artists from the Municipal Gallery’s collection—relates in his work since the early 2000s to the socialist heritage in visual culture and architecture. In curatorial and museological practices, staring from the late 2000s, the reinterpretation of artworks kept in storages, and, in case of public monuments, left for decay, are examined with the eyes of a historian, who looks at them as witnesses of a certain time. Both the exhibition 1971 – Parallel Nonsychronism and this Mezosfera issue follow a relatively new approach in museum and art discourses-practices: through historical-ideological reconstruction, the concurrent (re-)presentation of practices and ideas that existed at the same time, yet were bifurcated and polarized later along different ideological-interpretive lines.

The text by Enikő Róka and Zsuzsa László, elaborating the theoretical and historiographical background of the exhibition presented at the Kiscell Museum – Municipal Gallery, explain the concept of nonsynchronity as the reason for the different experience of generations living in the same time.The essay also describes and explains the sections and spatial arrangement of the complex exhibition project taking place in two floors of the Museum. The authors also explore the responsibility of the museum as a public institution to offer visitors a complex interpretation of the past, which at the same time also gives them the opportunity to reflect on the present.

Kinga Bódi’s text on Hungary’s participation at the Venice Biennale between 1968 and 1972  is the point of departure for the issue that aims to expand the concept of parallel nonsynchronism, beyond time, to place: to different geographies. Bódi explores, on the one hand, the process of changes and turmoils of the Venice Biennale during the 1960s-1970s. On the other hand, she tracks the slow process of Hungary finding a politically accepted way of cultural policies after the 1956 revolution, which was repressed by the Soviet Union, and was followed by a new opening of the Kádár era (1957–1989), with aim to show the People’s Republic of Hungary as a modern country represented by socialist modernist artist. In the 1960s, Hungary changed their exhibition policy in Venice from salon-like group shows to the presentation of only 2-3 artists. Besides 1968, when two younger artists and one older one exhibited at the Hungarian Pavilion, though in traditional genres, the exhibition had a more experimental character. Later the selection turned to socialist modernist masters from the older generations, who were in line with the political guidelines of the country. Both in 1970 and 1972 artists represented the country (Gyula Hincz, József Somogyi in 1970 and, Endre Domanovszky, András Kiss Nagy) who were considered outdated by the international press and who themselves felt to be old fashioned for Venice. Bódi also outlines that the (re)presentation of Hungarian artists and artworks at the Venice Biennale, however, were not meant to speak to the international art world, rather, the exhibitions at the Hungarian Pavilion in the Giardini were meant to “send a message to the Hungarian audiences.”

Zsuzsa László in her essay focuses on the reception of László Beke’s Imagination project, which was a generational endeavour, him being a young art historian, inviting in first the artists from his generation, whom he got to know in the non-official club exhibitions and events.  In connection with the 1971 exhibition a forgotten material turned up from the archives of the King Stephen Museum in Székesfehérvár. Museologist Márta Kovalovszky, knowing about Beke’s project, invited a group of artists (20 of them the same people) along a similar concept for an exhibition to be realized in 1972, which finally did not take place as it was not permitted by the cultural authorities. The materials exhibited together in the exhibition space in parallel with Beke’s collection are the pages artists sent for the catalogue. László also describes some typical examples of how artists interpreted the call for participation to submit works on A4 sheets, ranging from criticizing the concept, being skeptical towards Conceptual art, to coming up with the idea of an “exhibition within the exhibition.” Another focus of text is how critiques tried discredit the young generation of artists and their new formats.

A generation older Polish counterpart to László Beke was art historian Jerzy Ludwiński (1930–2000), mostly known today for his notion of post-artistic times, in which we live now, when art dissolved in other disciplines. Ludwiński who also interested in the utopian capacities of art and was an important advocate for new artforms and the Conceptual movement in Poland. Magdalena Ziółkowska examines 1966 concept for Wrocław’s contemporary art museum (Museum of Current Art) by Ludwiński, who was not connected to the Party, but still received such a commission from the city council. Though the museum was not realized, the text, even today,  serves as an important inspiration for contemporary curators and museum people to think about radically experimental and interdisciplinary institutions of art. (Magdalena Ziółkowska: A Phantom Matrix for Post-Artistic Realities Jerzy Ludwiński’s “The Museum of Current Art in Wrocław [General Concept]”)

Tomáš Pospiszyl in his text about Czech Pop art painter and sci-fi illustrator Teodor Rotrekl, points to the controversies within an artist’s oeuvre in the time of state socialist Czechoslovakia. Pospyszil  looks at the local understanding of Pop art as an international style of the 1960s, which, due to the of the lack of consumerism, had a different meaning in East European artists’ works. In the case of Rotrekl, it was mainly a positive reportage realism connected to important public and personal events. Though Rotrekl was a true communist his whole life, yet, on the issue of stopping of the reforms on Soviet pressure, and invasion of Prague in Summer 1968, he was openly criticizing the communist leadership in Czechoslovakia in his specific realistic paintings. Pospiszyl shows through Rotrekl’s case that it was easily possible to fall out from a favored position, if an artist expressed disagreement, he was even expelled from the Communist Party. (Tomáš Pospiszyl: Teodor Rotrekl: The Case of the Too-Socialist Pop Art.)

Kathleen Reinhardt discusses the specific case of Germany, which was reunified from communist GDR and capitalist FRG. After 1989, anti-communist sentiments made it easy to hide the official GDR artistic heritage in storages of museums and concentrate on the presentation of artists from the international contemporary art field. Today, however, it is clearly discernible that this the artistic heritage for the generation, which grew up and lived in the GDR. Through unraveling the case study of a recent debate at the Albertinum in Dresden, the author—who is also curator at the museum—shows that the fight for this heritage is a very complex issue and is heavily interwoven with current politics. Part of the local public, and as it turns out, mainly the nationalist, xenophobic AfD voters, in Dresden wish to see the figurative paintings and sculptures from GDR times as their personal nostalgia of the vanished past. In contrast to these expectations, Albertinum takes the position to present a complex understanding about the past, while also trying to collect and present the missing dissident positions, which, within the underground, were openly criticizing the political system of the GDR, and which are still are unknown for the wider public (Kathleen Reinhardt: Can the Artists Help Survive? – New Approaches to Art of the GDR, Looking Back while Moving Forward) 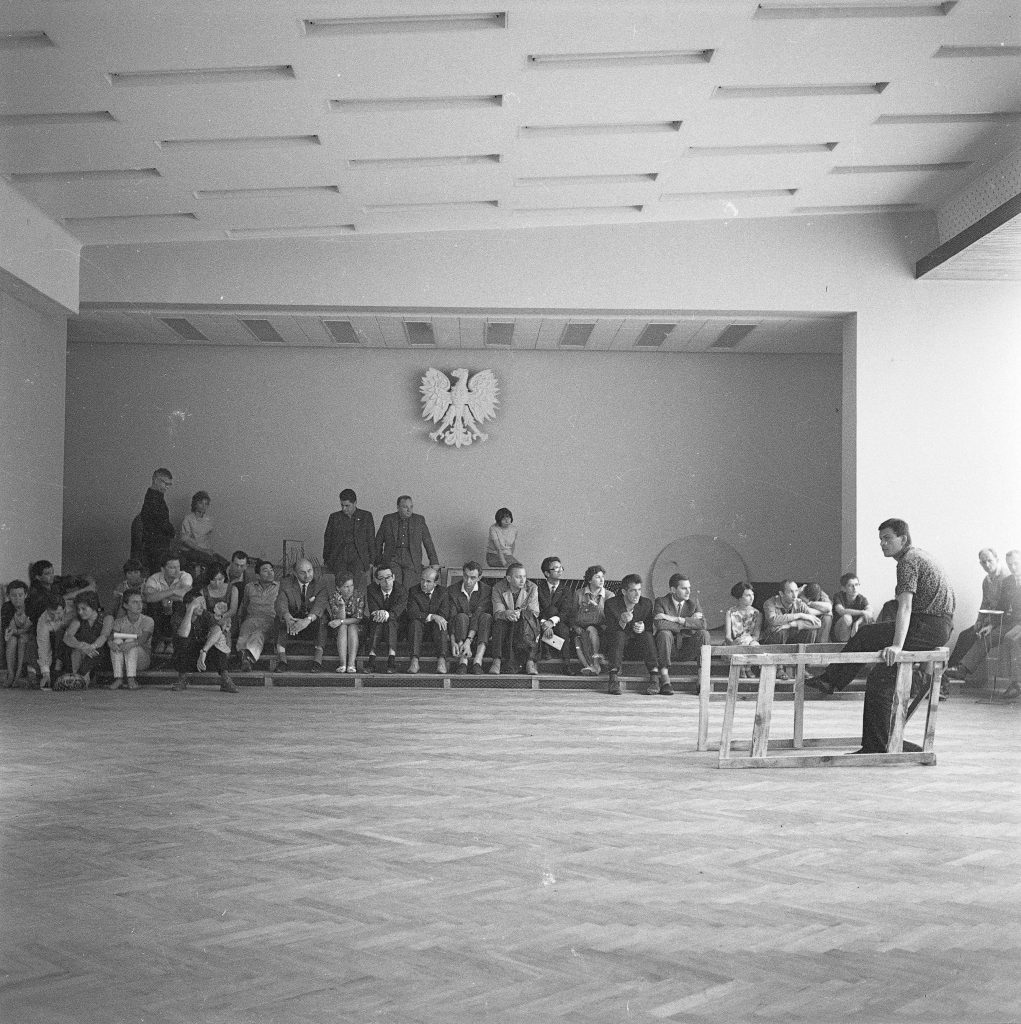 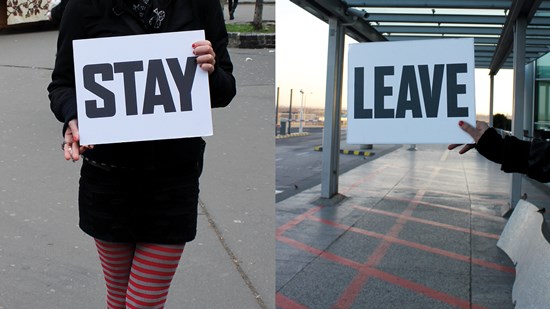 Collective Time Travel Without a Future 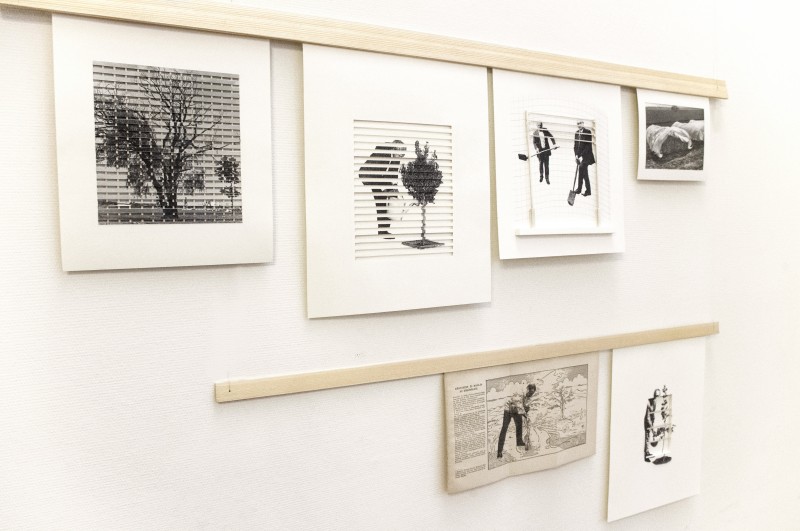 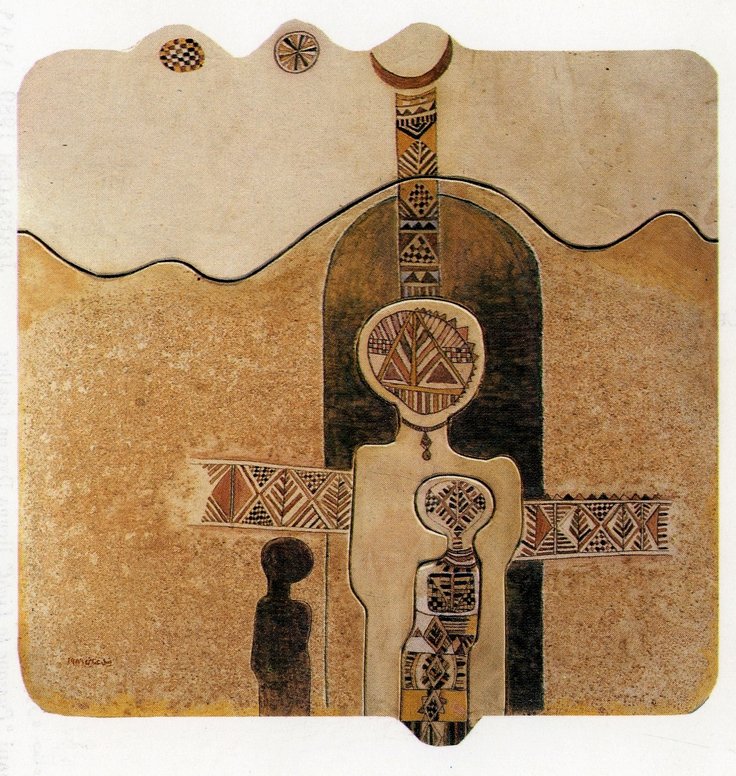