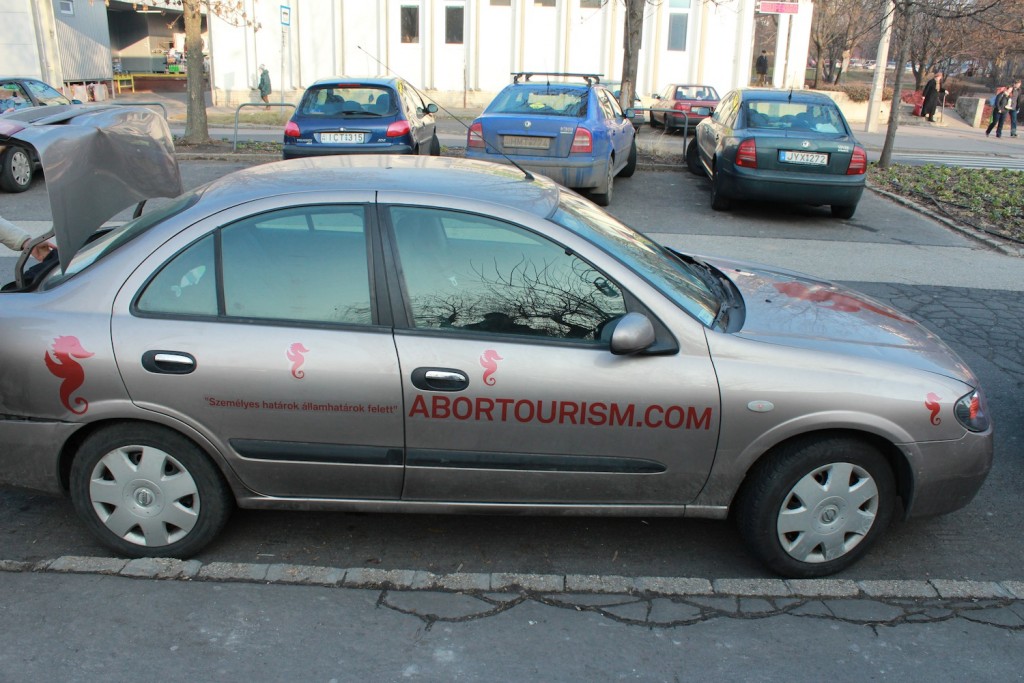 The tactical media campaign Abortourism took the form of a fictional travel agency operated by a group of artists in Budapest. The project was preceded by thorough research: its creators surveyed abortion laws, pregnancy termination and contraception technologies in various European countries. Based on this research, the agency set up fictional travel packages containing the costs of abortion (be it an operation or a pill), travel, and accommodation. Started in late 2014, the project called attention to the existing phenomenon of abortion tourism, a special form of health tourism, and, through this, to privileges, repressions, and taboos surrounding reproductive rights.