A tree philodendron and other exotic plants, an Alaskan Malamute relaxing on the garden table, the sound of a synthesizer, a flute and an airplane, a swimming pool, a kitchen, a living room, a bookshelf in the background, South-American fabrics and an embroidered Hungarian pillow with traditional Kalotaszeg motifs on the sofa, a few Flair plastic chairs, requisites of every household with a garden in post-socialist Hungary, a framed map of Greater Hungary, old much-used books with slips of paper marking important parts, in one of them “The Bards of Wales have been read to shreds,” says its owner, an elderly lady, into the camera, laughing. The objects, the dog, the garden and the interior shots are not condensed into a single image, they change from scene to scene. They outline the stage set of a peculiar show in which elderly people recite, sing, play music, sometimes merrily, other times struggling with tears, timidly, or in the ecstasy of being on stage – but at every moment in the center of attention. “I’m out of steam!” says one of them to the artist behind the camera. From 2013 until 2015, Sári Ember spent two years filming the footages that would coalesce into a work of art in the two-channel video installation entitled The Taste of Distance. Neither a documentary, nor a re-enactment, this work is the touching fusion of empathy and reminiscence, which – despite its timelessness – allows us to sense its past and present, its parallel worlds at once. The atmosphere of intimacy inherent in the work is the result of a long standing relationship between the artist and the portrayed people.

Turma is what this group of people (turma means ‘group’ in Portuguese) call themselves: they were children in the 1940s and ‘50s when their families emigrated from Hungary to Brazil, and they were forged into a community by common language and similar age as well as distance and emigration from their homeland. The literary medium of the Hungarian language has become their means of expression, a response to their lost cultural and social context, which creates a peculiar timelessness in the video owing to the ever-current (or anachronistic) quality of literary texts, the use of contemporaneous language, erudite words, lyrical thoughts and turns of phrase. It is not only the emotional ties to literature and music that are so important to the members of Turma, but also the collective productions, choreographies and repertoires that they created back in the sixties, far from Hungary, in São Paulo. Neither these events, nor their re-enactment are featured in Ember’s video work, although some shots were taken in the garden, around a table, during their reminiscent encounters.

The two-channel video installation on view at Intoart Gallery shows elderly people in whose quotidian life a substantial amount of time is devoted to reminiscence. Their utterances are, however, infused not only with nostalgia, but – owing partly to the distance and the different language environment – also with a touch of melancholy. Built on recollection and nostalgia, the “performance” thus lifts the characters – as well as the viewers – into timelessness. This uplift and this timelessness are enhanced by the repertoire of the poems recited, texts read, folk- and art songs performed: 19th century poems by Dániel Berzsenyi, Ferenc Kölcsey, János Arany, Sándor Petőfi, Mihály Vörösmarty, and some from the first half of the 20th by Gyula Illyés, and Attila József; folks songs, such as Áron Gábor’s Copper Cannon (from the time of the 1848 revolution) …, Spring Wind…, Birdy, Birdy…, and so on. With a few exceptions – such as, above all, the final poem, A Sentence on Tyranny by Gyula Illyés written in 1950 and used and distributed on flyers during the 1956 revolution –, this could be the program of a ceremony in a Hungarian school or moments from a literary workshop, which had a strikingly similar character in Hungary from the late sixties until the regime change of 1989, with a similarly unvaried repertoire. This changelessness and yet exotic distance palpable in the physical surroundings, the all-around presence of objects carrying memories, and the advanced age of the characters together give rise to a peculiar, at once homelike and strange environment with its ambivalence and tension, which is the greatest power of this video installation.

The contours of the former “performances” – the erstwhile community of children, the act of collective creation, the bond expressed through texts – are outlined even without the script of the pieces once staged and the program of former literary soirées. Instead of speaking about their recollections of performances of days past in the form of interviews, the characters recite poems that are important to them for some reason, either from memory or from a book, they sing songs and play music – each of them has his or her own “number”. In turn, through these intimate situations, the video installation attempts to create the atmosphere of the collective childhood experiences and performances from the days of yore: to formulate their memory. Minimalist in terms of devices, yet abounding in emotions, Ember’s approach gives rise to a delicate tension in the film: not only are the different personalities of the characters delineated, but the differences in their emotional relation to separation and distance also seep through. The “imaginary community” and “created tradition” – their own world – are endowed with meaning and pattern by their very distance from Hungary and the difficulty (or impossibility) of crossing between physical and cultural spaces.

The perhaps most characteristic feature of the video installation The Taste of Distance is the palpability of the loss and lack of the former social and cultural web and its subsequent literary re-creation. This atmosphere is created by the individual and collective evocation of collaboratively created programs and performances, through the re-reading and recalling of texts. The songs, poems and literary texts recollected by the members of Turma, the group, revive their former acts (regularly performed Hungarian plays and literary programs) without actually staging them. The characters are featured both individually and collectively, and the program, the play is now edited in a different way: according to the joint editorial and directorial intentions of artist and friend Sári Ember and curator Flóra Gadó.

The exhibition is on view till October 28 in Intoart Gallery

Images: courtesy of the artist and Ani Molnár Gallery 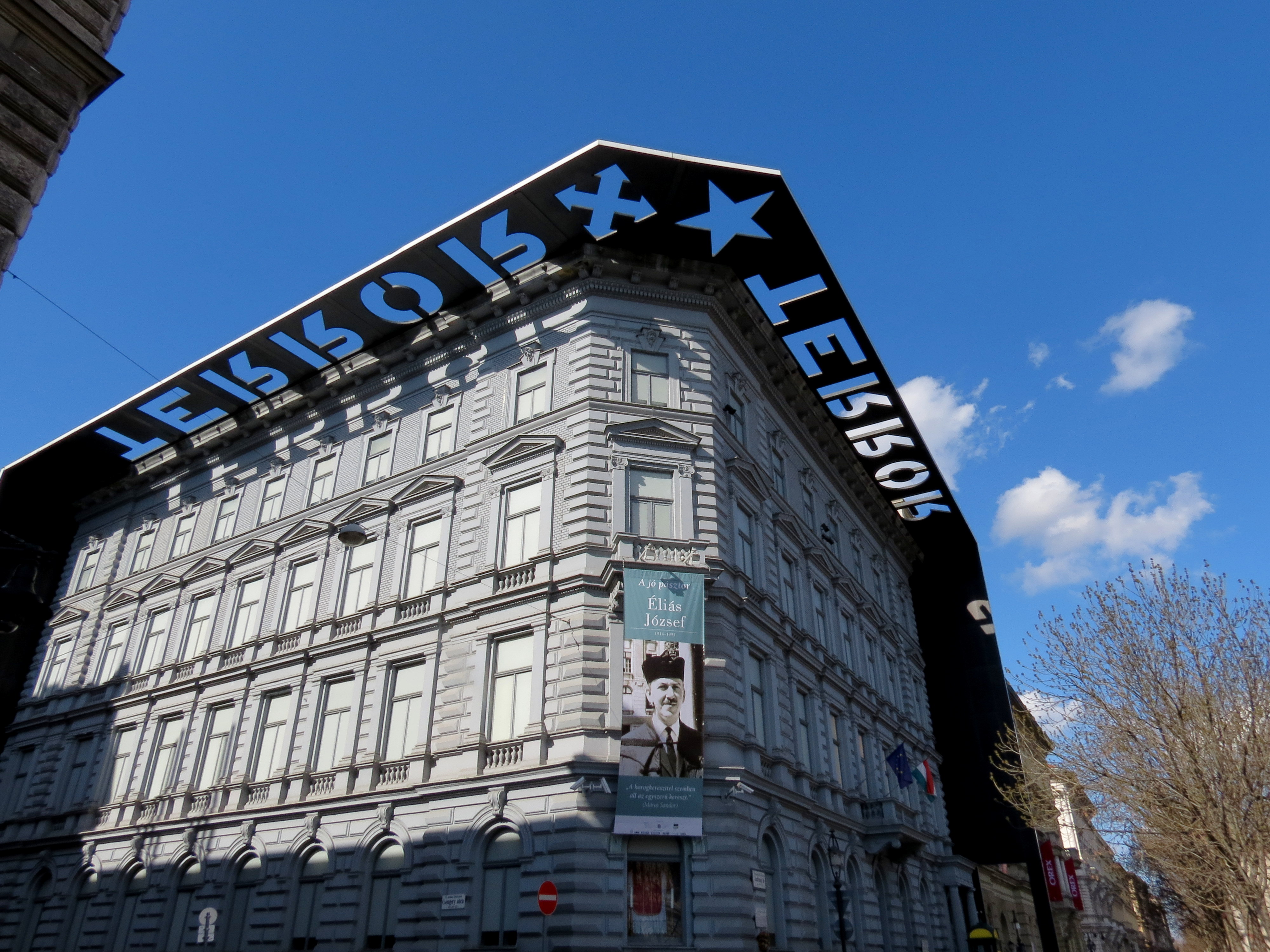 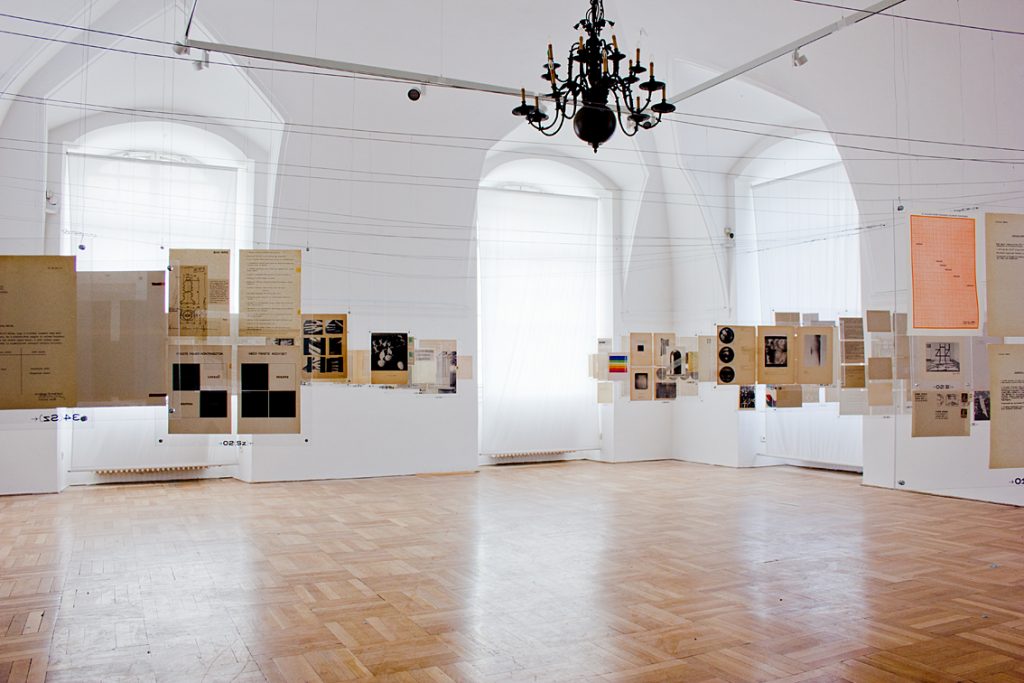 Realism of the Future: Debates and Conflicts around László Beke’s Imagination/Idea Project 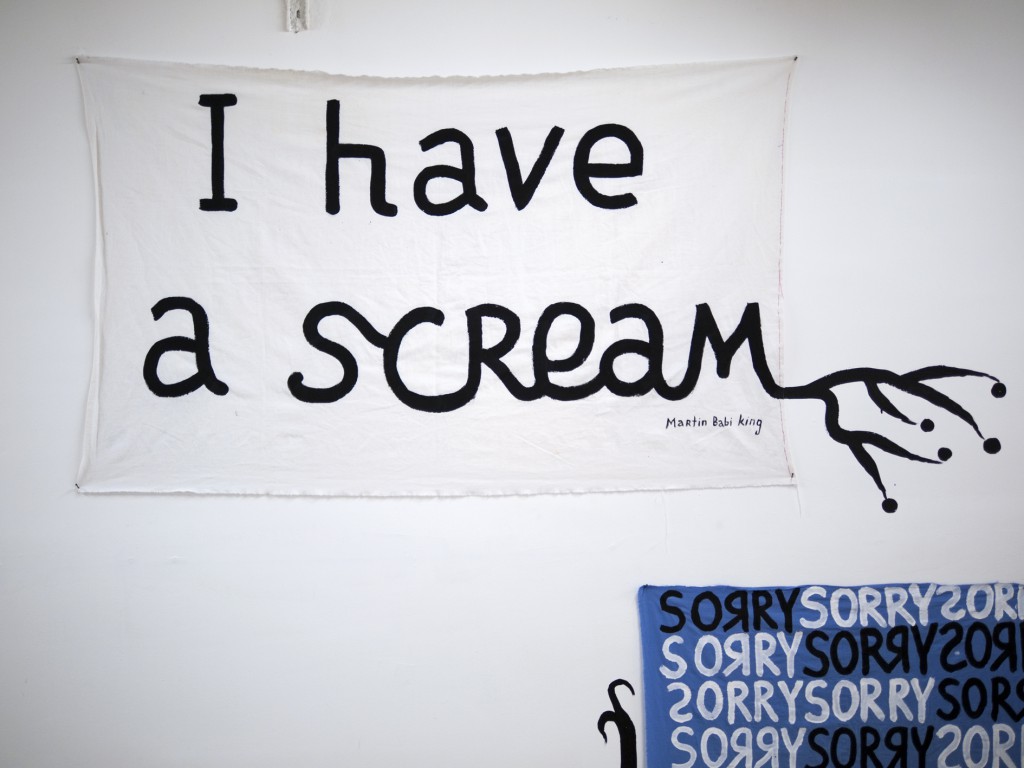 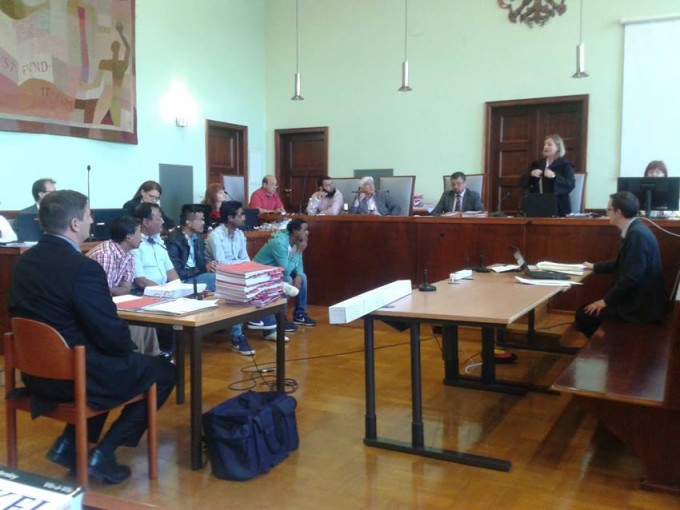 Human smuggling in the context of structural racism and class issues