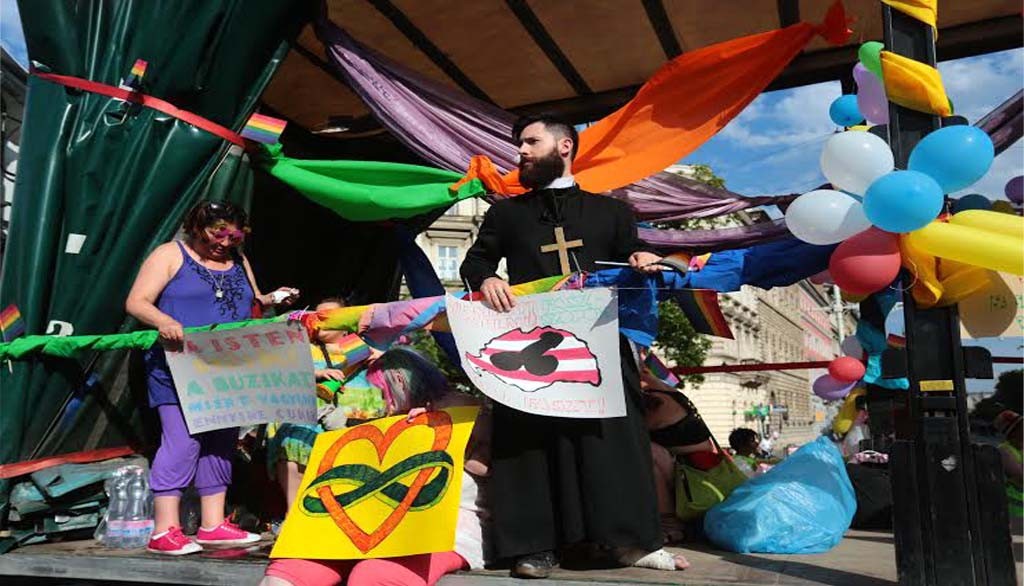 In 2014 Andrea went to Budapest Pride again. Dressed in a priest’s cassock, he blew bubbles and blessed the crowd from atop the float named as the “International Gay Lobby.” A piece of cardboard dangled in front of him—outlined with the shape of Greater Hungary, patterned with the red-and-white bars of the House of Árpád, and in the center of which a large cock was splashed that easily could be decoded as a biker. The result: two months of rabid harassment (online, at work, at home, etc.) and a civil lawsuit against him that eventually was dismissed.