The Bavarian Refugee Council organized an International Conference on Human Smuggling and Trafficking.

The participants disagree with the established image of human smugglers as criminals.

According to them, smugglers also carry on the tradition of escape aid at the times of the Third Reich.

Smugglers are unscrupulous criminals who put refugees in danger—so the saying often goes. They are held responsible for the drowning of people in the Mediterranean and for their suffocating in lorries. However, is this image doing the smugglers and their actions justice?

At the Bavarian Refugee Council’s event, provocatively called International Conference on Human Smuggling and Trafficking (in German: Internationale Schlepper- und Schleusertagung or ISS), which took place in the theater Münchner Kammerspiele, a different image was presented. The participants of the conference formulated seven points worthy of discussion.

1. Smugglers continue the tradition of escape aid in the times of Nazi Germany

“Good” escape aid was yesterday, “bad” smuggling is today? No, says the Swiss historian Stefan Keller. Already during National Socialism the term “Jew smuggling” was in use and meant in a derogatory way. Keller did extensive research on the case of the St. Gallen police commander Paul Grüninger who had let hundreds, maybe even thousands of refugees flee Hitler’s Germany and enter Switzerland between 1938 and 1939, despite the Swiss government’s provisions. “To some, he sent legal summons for interrogation in St. Gallen, so that people could cross the border,” says Keller. “He pre-dated entry papers for dates prior to the closing of the border, and some people he most probably brought over the border in his own police car.”

Grüninger was dismissed without notice and fined for breach of official duty and forgery of documents. He was rehabilitated only posthumously in 1993. In the meantime, squares, streets, and schools have been named after him in Germany, Austria, Switzerland, and Israel. Grüninger’s rehabilitation took a long time, Keller says, because authorities were afraid that police and other officials would follow Grüninger’s example and resist the implementation of deportations. “The government feared that one could learn from history.”

2. Smugglers have not changed, but how they are seen in society has

“Already in the 1930s and ‘40s, there were criminal escape helpers who dropped people off in no man’s land,” says Keller. “This happens when there is no control and no transparency.” The journalist Stefan Buchen, on the other hand, is researching escape aid today and in the times of the GDR. He objects to the claim that all GDR escape helpers were selfless benefactors. “Also in the GDR, escape aid for refugees became more and more professionalized with time,” he says. “That was how some people made their living.” Despite this fact, today GDR escape helpers receive awards and distinctions, such as the Federal Cross of Merit (Bundesverdienstkreuz).

3. Money is not the most important

The historian Keller has found that the rehabilitation of escape helpers from the times of the Third Reich did not depend on whether or not they received money for their work. “This didn’t play any role for the refugees either. For them, all that mattered was that the escape helpers do their job.” Other conference participants report similar experiences with refugees today: When a smuggler brings them to Europe safely, they consider it legitimate that he demands money for his services. Even the Federal Court of Justice (Bundesgerichtshof) in Germany has stated that asking money for escape aid is legitimate. In the times of the GDR, a smuggler once sued for the payment he was promised and the court decided in his favor, says the journalist Buchen. The Federal Court of Justice ruled that it is not objectionable to provide assistance only on condition of payment. “Actually, courts ruling in human smuggling cases today should take these decisions into consideration in some form,“ Buchen says, “however, the Federal Court of Justice does not find it necessary to take a stand on this.“

4. The more smugglers, the better

At the conference, the journalist Sammy Khamis demonstrates how the search for smugglers works in the era of social media: If one types the word “smuggler” in Arabic on Facebook, a list of smuggling sites pops up immediately. “There you can choose on which class you want to travel,” says Khamis. “If you have enough money, you can fly first class to Germany within three days with a forged visa, from anywhere around the world.”

Most importantly, the offers of various smugglers can be compared via Facebook. “Facebook makes you become transparent. Prices can be compared and smugglers checked out, based on references of people who have already used the smuggler‘s services,“ says Khamis. Selfies and videos of smiling refugees on boats are used as advertisement.

Smugglers are not only interested in the safe arrival of their customers due to word of mouth, but also because of the established payment method: The smugglers’ fee is often paid by neutral warrantors, says Khamis. They only pay when the refugee has arrived safe and sound at his or her destination.

Similarly to Khamis, the Italian journalist Giampaolo Musumeci has also talked with several refugees and, furthermore, managed to meet twelve detained smugglers. He shares the opinion of Khamis, with one exception. “In Libya, things are done differently,” he says. “There is a monopoly of only four groups. Once you arrive in Libya as a migrant, you have no more chance to choose, there is no competition like in Turkey or along the Balkan Route. The prices are also more fixed—and this is also the place where the most assaults and violence against refugees happen.”

5. Building fences caters to the business of smugglers

Border controls and fences are not going to stop refugees—this is something that all the conference participants agree on. “Smugglers are very well organized, they communicate with one another,” says the journalist Musumeci. “They react to every step that Europe makes. If we build a wall: they change the route. If we decide on a new law: they analyze it and find a way around it.”

The migration researcher Zeynep Kasil is studying developments on the border between Turkey and Greece. She describes the measures that have been taken there over the years, e.g., a fence was built, higher fines were decided on, and in each case, the smugglers have adapted routes and strategies to these changes. At one point, the route was across the river Evros at the border, then it was shifted to the Turkish-Bulgarian border, finally it led over the Greek islands. The journalist Sammy Khamis already knows what the new route could be if the borders in South-Eastern Europe start closing: “The next route will lead through Ukraine and Poland, this is already being discussed on different forums.”

Giampaolo Musumeci estimates the turnover of smuggling in the Mediterranean at around one billion Euro in a year. “We don’t know where this money goes,” he says—it could be invested in weapons, drugs, or terrorism. Fences, however, says Musumeci, are not only not helping, they are actually good for business. “When you build a wall, you make the journey longer and more dangerous, so you force the migrants to rely more and more on smugglers.” For smugglers each border, each wall is a goldmine. “The more Europe tries to seal its borders, the more it will support criminal activities,” concludes Musumeci.

6. The paragraph on human smuggling is unnecessary—and it kills

The death of 71 Syrians, whom the Austrian police had found suffocated in a lorry near the Hungarian border at the end of August 2015, is also discussed at the human smuggling and trafficking conference, just as the many people who drowned in the Mediterranean. Nevertheless, the participants of the forum insist that the laws criminalizing smuggling should be scrapped.

“All kinds of crimes are perpetrated in connection to escape aid,” says the journalist Stefan Buchen. “But these do not concern human smuggling directly, they are all collateral offences that escape helpers commit if they do not take care of the refugees. If someone commits no such “collateral offence,” then he or she should not be prosecuted.”

“Laws already exist for offences such as criminal assault, deprivation of liberty, failed assistance, and so on,” confirms the lawyer Alex Nagler. He finds the penalties for human smuggling pointless and even counterproductive. “It is actually the EU that creates criminal networks,” he says. The criminalization escalates the prices: “Until a few weeks ago, trafficking through Macedonia cost between 500 to 1.000 Euro pro person. As soon as Macedonia opened its borders, the price sank drastically to ten Euro—the price of a train ticket. “We already know from drug policies and other “areas of prohibition” that only one thing helps with related crime: eliminating the risk that makes it profitable. To legalize it,” says Nagler. If there had been more legal ways to come to Europe, then the 71 refugees would not have gotten into that lorry, they would not have suffocated, and the little Aylan would not have drowned on the Turkish shores either.

A quarter of all the people detained in Austrian prisons are charged with smuggling, states the Austrian activist Katarzyna Winiecka. She talks about a criminal process that created quite a sensation in Austria: refugees protesting against the insufficiency of the Austrian asylum system were charged with human smuggling, and the Austrian interior minister accused them of being an unscrupulous gang who had abandoned pregnant women in the streets, while earning millions. At the court hearing, not much of this was proven; nevertheless, most of the defendants were found guilty.

“Some of the charges referred to travel with public transport in Vienna,” tells Winiecka, “in one case, it was debated whether someone had accepted a pack of cigarettes as a token of gratitude for offering help.” Already the language used in court suggested the intention of proving an offence at all costs: the refugees were described as “victims” of their flight—and the flight itself as “self-smuggling.”

Specialized in criminal defense, asylum and alien law, the lawyer Axel Nagler is familiar with such cases in Germany. The number of procedures against escape helpers has “gone through the roof,” he says, “many of these do not belong in criminal court.” One client got a suspended sentence of eight months in Bavaria for having translated at a meeting where a transport from Hungary to Germany was discussed. And this sentence is much less benign than it seems: Even someone who gets parole can easily go broke after such a procedure due to high legal costs, because phone surveillance is often ordered during smuggling cases.

This is what happened to the engineer Hanna L. from Syria whose case is described by the journalist Stefan Buchen. In 2013, he was sentenced to a 100.000 Euro fine and two years on probation by a court in Essen for “trafficking a foreigner,” because he had helped Syrians during their flight to Germany. The court, explains Buchen, interpreted each mitigating circumstance presented by L. as aggravating instead. The fact that Hanna L. had been living for decades in Germany with a steady, well-paid job, married to a German woman, and never before had he come into conflict with the law—all this was interpreted as a disguise for the terrorist “stuck in the middle ages,” hiding behind a middle-class façade. “The investigators must have watched a bit too much Tatort [a German TV series similar to CSI],” Buchen declares. 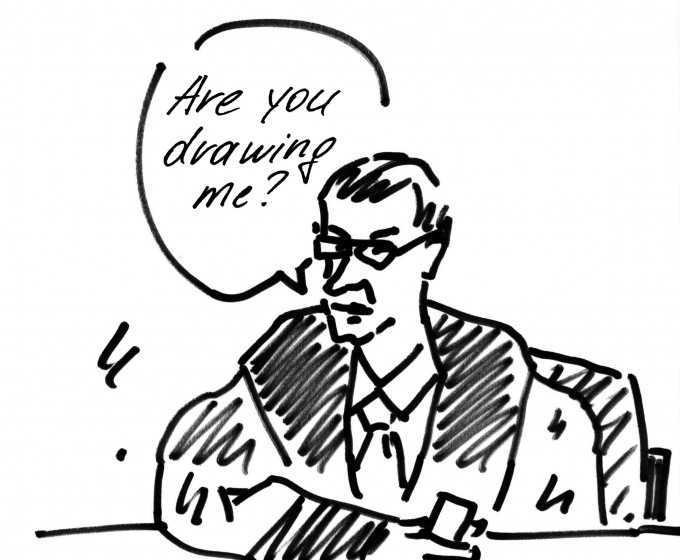 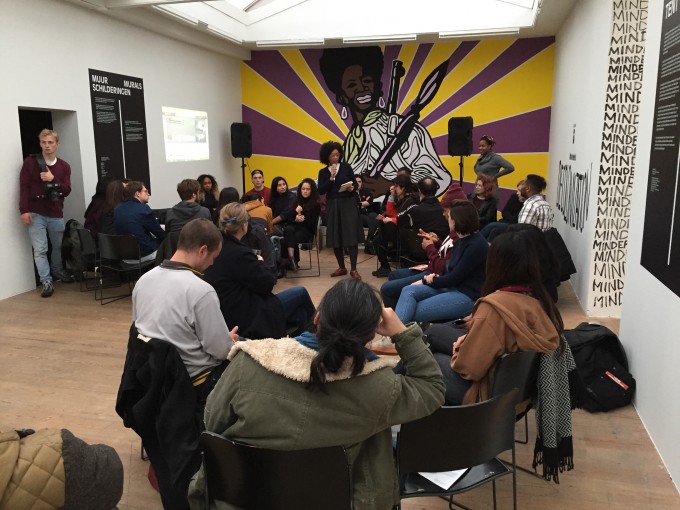 Mixologists* of the Cultural Field 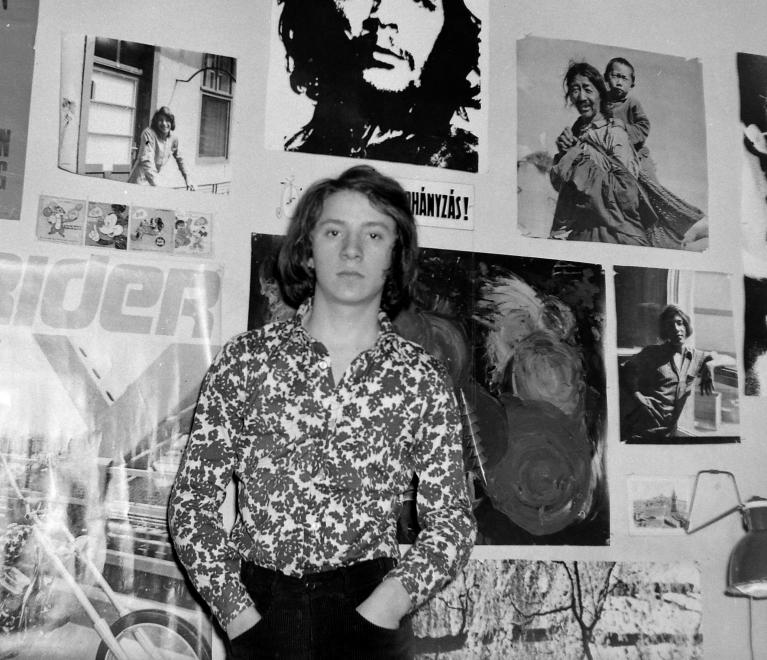 Hungarian Intelligentsia and the Middle East in the Cold War