An Introduction to Issue #10

Mezosfera’s thematic issue, Write or Be Written Off includes contributions on publishing in the fields of art and culture, initiatives and publications whose mission was or is to challenge the establishment (be it professional or political), bring about (social) change, and devise non-hegemonic structures of operation. We were interested in receiving essays on alternative or experimental publication series and periodicals (from the second half of the 20th century on) that discuss themes that usually lie outside the scope of dominant forums and that can exert empowerment through the field of art and culture.

We asked contributors to consider the following topics:

What are the forms of dissent that a publication enables?

How can grassroots and marginal publications compete with publications of the establishment, and should they?

How can grassroots and marginal publications compete with publications of the establishment, and should they?

Should marginal publications strive for inclusion by the establishment?

Should the establishment finance experimental and/or marginal publications?

How can financial and thematic independence be created and sustained?

What are the long-term impacts (local, regional, international) of alternative publications?

This issue was conceived together with Eszter Szakács (co-editor of Mezosfera between 2016 and August 2020) as a mix of invited essays and contributions written in response to an international call for papers, which we published on Facebook in March 2020. In the call we offered an open peer review process with invited experts, Bassam El Baroni, Karen Benezra and Yvette Mutumba gave feedback to the authors.[1] We received thirty-nine submissions from around the world, many of them excellent, and selected five authors.

This is the Mezosfera issue that has taken the longest to be published. The reason is the Covid-19 pandemic and its consequences: some of the authors were prevented from completing their undertaking, others needed more time to finish their texts. Thus we are now all the happier to publish this collection, in which two of the texts were submitted to our call, and four are by invited authors.

The inspiration for this Mezosfera’s thematic issue came from cultural publications that were influential in their own cultural context and could serve as models for successors, such as the magazine, Sokak (Street). I learned about Sokak at the excellent exhibition, How Did We Get Here?, at SALT in Istanbul in 2015 that focused on civic resistance movements in Turkey in the 1980s, emerging in opposition to the rising neoliberal economic and political system. Merve Elveren and Erman Ata Uncu, who were researchers for the exhibition in 2015 are the authors of the text, “‘Love is an Anarchist’ – The Short-lived Experiment in Turkey’s Oppositional Press, Sokak (1989–1990),” in which they trace the influence of Sokak and how its special features contributed to its instrumental role in the cultural resistance. Sokak became a platform for journalists, writers, and academics who were themselves as marginalized in the fledgling neoliberal Turkey of the 1980s as the groups they gave a voice to. The magazine accommodated articles focusing on political, social, economic and educational issues that were absent from the mainstream media, and supported new channels of participation. Elveren and Uncu also emphasize the special visual characteristics of the magazine, which embraced the DIY and punk aesthetics of the time. As the authors demonstrate, the magazine was often the first to discuss controversial issues of the time that continue to be pressing in Turkey and elsewhere.

Established in 1984, Kali for Women, the first feminist publishing house in India, also grew out of social justice movements and became a voice of feminist activism. In the selected essay “Wordwise Women: Feminist Publishing in India,” Shrinkhla Sahai looks at the context that shaped the activity of feminist litterateurs Urvashi Butalia and Ritu Menon, founders of the publishing house, and examines how the books they published played a part in highlighting and fighting against the consequences of patriarchal oppression. Indian feminist movements were decisive, as activist women could form their own networks, get in contact and exchange ideas with international colleagues and formulate their relation to Western feminism. The essay introduces some milestone publications of Kali for Women, where pamphlets and booklets were initially convenient formats for self-publishing material. For instance, Shareer ki Jankari (Know your Body), an informative book about the female body, conveying its message mostly in pictures for the benefit of unlettered women, revolutionized the very idea of publishing a book. Kali for Women soon gained acknowledgment in the international academic world, and their co-publishers include such leading publishing houses as Rutgers University Press.

Poet and writer Oko Owoicho, who is based in Makurdi, Nigeria, authored our second selected essay. In “Writing as Activism – Selected African Writings,” he describes African literature—which came to be acknowledged internationally in the 1950s—as “a revolutionary means to decolonize European writing about Africa and Africans,” and a way to be liberated from an enslavement of the mind. He explores internationally known African writers’ fight against the negative image that was created by Western authors who characterized Africans as inferior and uneducated. He cites literary examples of the consequences of colonial education leading to the loss of cultural identity, assimilation and self-hatred. Owoicho goes on to describe the influence of the francophone Négritude movement that arose in the 1930s and elaborated the need to return to the African cultural heritage and the value of blackness. He also gives an account of the role of female authors, who, much like their Indian peers, describe the life of women under patriarchal dominance and their fight against patriarchy. The author concludes his essay by discussing “womanism,” novelist Buchi Emecheta’s concept to decribe women’s specific experiences in Africa as a parallel to the Western term of feminism.

The next three texts of the issue bring contemporary examples of empowerment through writing and publishing. The gender perspective and feminist power working against patriarchal patterns is in the focus of Yanelis Nunez Yelva’s interview with Ileana Álvarez, “Independent Journalism and Feminism in Cuba Today.” Yelva, a curator and member of the cultural resistance groups that fight for a free Cuba, was forced to leave the country in 2019 and is now an asylum seeker in Madrid. She speaks with Álvarez, who has been in exile in Spain since 2016, where she started the independent feminist magazine Alas Tensas, published mainly online. Their discussion offers an insight into the limited space for free speech and press in Cuba, including limited access to the Internet, which is the government’s strategy to keep citizens away from substantial information. The current government claims that its hold of power is justified by the 1959 revolution, the birth of a one-party regime and a purportedly socialist social system. From the conversation of Yelva and Álvarez, though, the image of an unjust and corrupt regime emerges that keeps up a patriarchal and undemocratic state structure that attempts to limit people both mentally and economically.

Lilla Eredics is an MA student at the Central European University, which since the academic year 2020 has been active in Vienna. The Hungarian government literally expelled the institution from Budapest, because it regards it a foreign entity that disseminates oppositional ideas. Her essay, “Dikh-TV, a Roma Channel in the Hungarian Media: From a Grassroots Self-representation to an Elite, White-dominated Media Platform,” describes a short-lived experiment with a Roma media outlet. The text creates the context of the TV channel by telling the story of the complicated situation of Roma people in Hungary during state socialism and since the 1989 political transition—the main part of the majority society and state policies are treating them as second-class citizens. The author also refers to important steps in Roma self-determination of the last fifty years and locates Dikh-TV as an important grassroots initiative in this history. It started as a Youtube channel in 2015 and was financed by Roma entrepreneurs, giving voice to Roma people, as well as initiating a dialogue with the majority society. Soon, however, it was taken over by the state-run media, and though it is lavishly financed, as something that is supposed to prove that the minorities are well supported, the Roma initiative and their ability to shape its programming was lost in the process.

The last contribution of the issue zooms out and looks at academic publishing as a path to emancipation.  In “Hacking the System While Playing by the Rules,” Ágnes Szanyi talks with Márton Demeter about the unwritten rules of global academic publishing, and the question of how power relations work in academia. Márton Demeter is the author of the book, Academic Knowledge Production and the Global South – Questioning Inequality and Under-representation, which was published by Palgrave Macmillan in 2020. It looks at the arcane process of gaining access to the global academic world from the periphery, without being associated with one of the high-ranking universities. In the interview Demeter tells his own story, a tale of many years and hard work of building up a top-ranked journal, publishing highly ranked publications and gaining strategic memberships in the editorial boards of academic journals.

The essays of this issue emphasize that underground and activist publications are not only important vehicles of representing and disseminating suppressed ideas and giving voice to marginalized groups, but they can also become instrumental in the self-determination of those groups, and in shaping or even in rebuilding lost identities. In situations, where the local cultural infrastructure is lacking necessary financial means or professional connections, grassroots initiatives or civic organizations, often financed from abroad, step in to create them. Thus in cultural activist contexts, the practitioners often seem to fulfill several roles: they can be the writers or the artists, the theoreticians, as well as the editors of the publications. As the essays show, authors coming from non-democratic, Global South backgrounds have the chance to publish their writings abroad as is often the case with African authors, who might study, work or live outside of their native countries.  Publishing in the age of the Internet makes it possible to create “non-official,” free, i.e. non-controlled channels of publicity, and again make such issues public that do not get equal, democratic representation in the policies of governments, or in international discourses. Regarding other geopolitical contexts, the links with long working publishing structures remain significant: India is the second largest English language publishing market in the world. The focus has remained on English language publishing since English is also the language of higher education and research. On the other hand it is very difficult to enter the world of the (mainly English-speaking) international academia, but also literary fiction publishing from the old as well as the “new” margins, like South America or Eastern Europe. New generations of these cultural contexts aim to question the rules by both adapting to and hacking the systems.

[1] We invited Bassam El Baroni, Karen Benezra, Vlad Morariu, Gregory Sholette, Yvette Mutumba, and Mi You, but as not all texts were written, we could collaborate with the three of them. 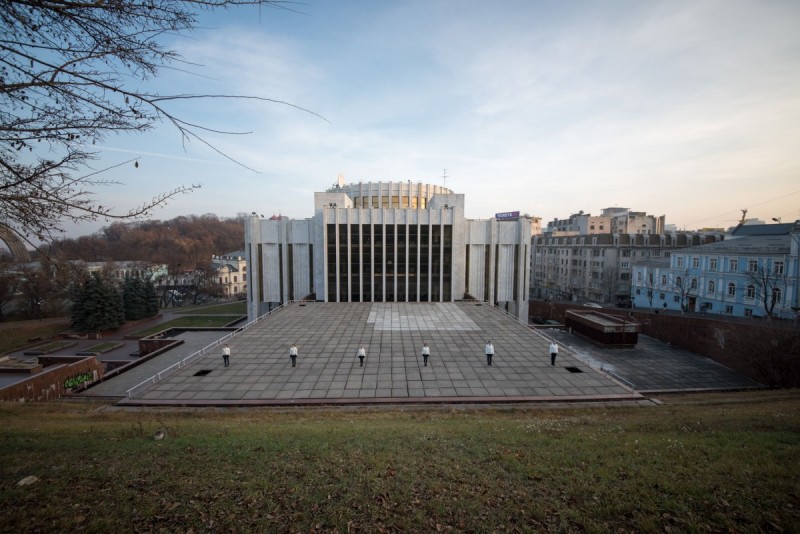 Between Hope and Trap

On the State of Social Transition in Ukraine 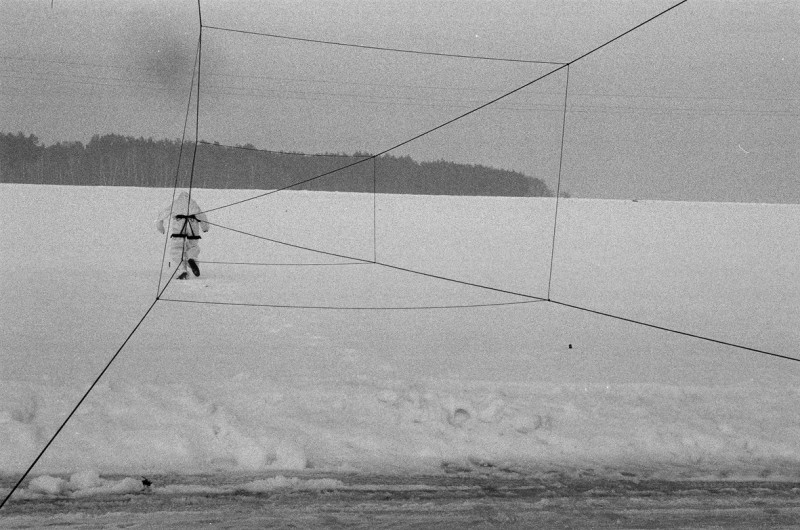 An Introduction to Issue #2 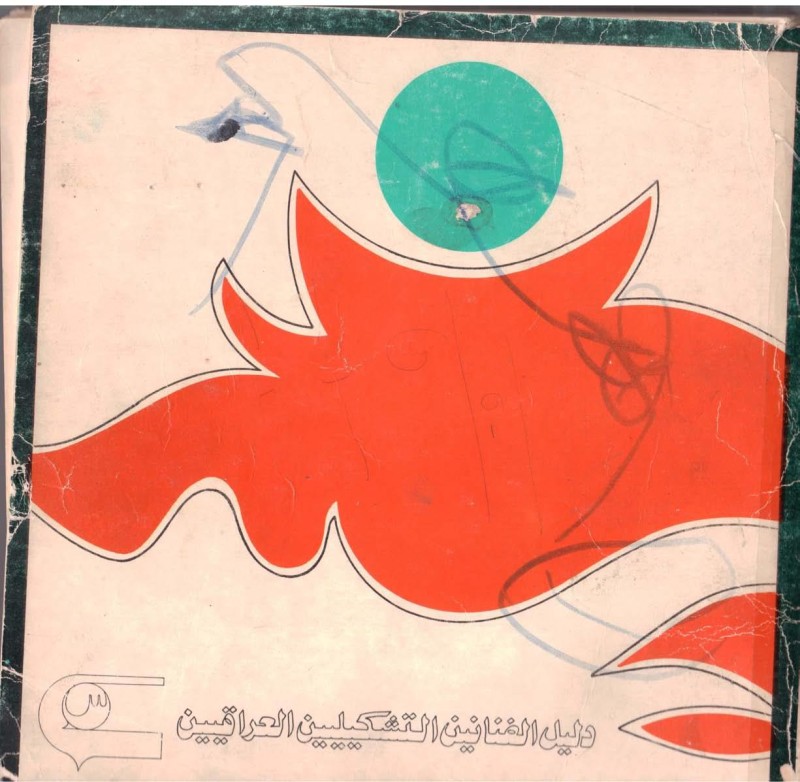